I am looking into the usability of the Gantt chart component in our software.
But i am missing the option to show a baseline of second start / end time for the same task with a different class / styling.

I can’t seem to find it in the API documentation. is this feature planned?

Playing around with the component, i did mange to make something that would be workable.
Create a child to the task. set line height to 10 and the task object to 5px. and remove all tekst. and click area’s. so i don’t think the feature would be hard to implement. I really like this thing, and i really hope there is a way to get this feature.

Can you share an image with desired look of the baseline ?
Gantt doesn’t support natively such feature, but most probably it can be added without code modifications, through existing templates.

This is a rough draft, i just edited a child row. 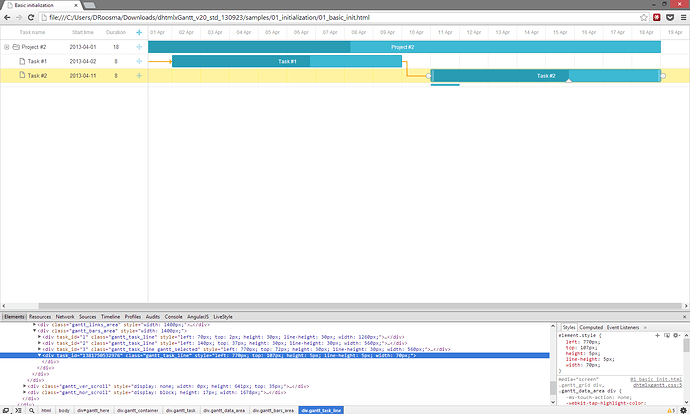 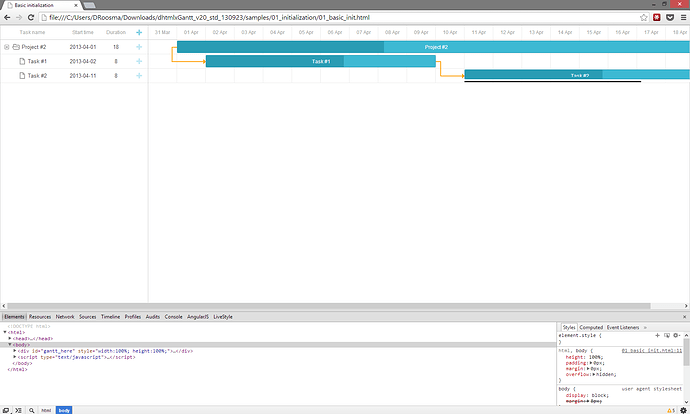 The baseline feature is the biggest one our client is requiring for their solution. Please let me know if there is anything in place to do this. Essentially, we need an estimated start and end date. Ideally, these will show up visually on the gantt chart itself.

Is it possible to show 2 new custom columns (Est Start Date, Est End Date) on the left next to the task name ?

Hello,
there is no built-in support of baselines in the current version of dhtmlxGantt chart. And unfortunately it’s not planned for upcoming release (February).

Is it possible to show 2 new custom columns (Est Start Date, Est End Date) on the left next to the task name ?

you can add any custom columns to the grid, it is fully customizable
docs.dhtmlx.com/gantt/desktop__s … lumns.html

Content is defined via js function that takes task data object and return html string representing it’s content. So, you can define function that it will be return two divs of 50% height one beyound another. You can set different width and left position based on duration, so this will be pretty much the desired behavior.

I don’t have ready example at the moment, please stay in touch, i’ll try to prepare one in the nearest time

I would be also very interested in any code snippets that would provide the baseline view as you described. Currently we are showing each baseline task on a separate row beneath the actual task, which takes a lot of screen space as it is effectively 2 rows per task.