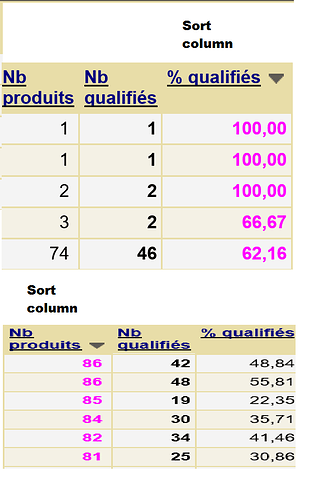 Unfortunately such feature is not supported.

Changing the header value is a way out, if it’s suits you.

The indicating icon the column and the direction of the sorting are not rather visible thus still!

With " setcolLabel " I was able to modify the size of the font and its color
I would also have liked changing the background of the cell header but I did not manage to find a tag html which works!
Thanks