group sorting in a grid

I know how to sort the rows within the groups, but is there a way to force sorting of the groups themselves?

Thanks for your help.

Unfortunately the issue is not clear. sorting the groupped column you sort the groups at first.
Please, clarify your issue with sample of a code or screenshots.

Still having trouble figuring out how to sort groups on my grid, so I am finally responding back to this. Attached is a screenshot of a simple grid. I want to sort the groups. In this case I need the “33” group to be before the “44” group. 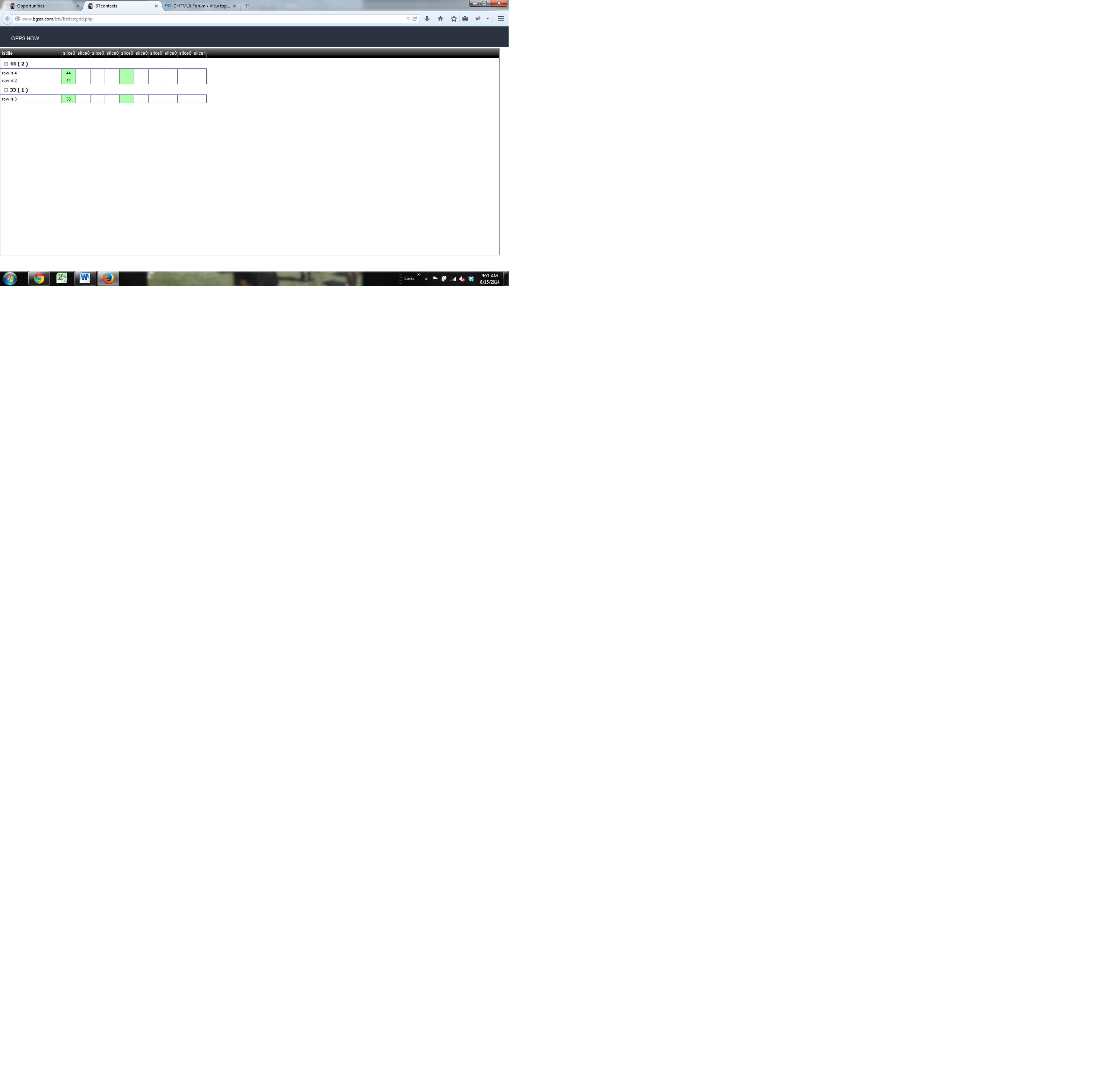 Well, as sometimes happens, merely asking the question leads to the answer. I had been placing grid.sortRows BEFORE grid.groupBy. That doesn’t work.